Action 309 - Honor Heroes (Mile 12). I will run mile twelve in honor of Cpl Alex Martinez. Raised in a military family, Alex Martinez took summer school classes to graduate early and join the Marine Corps as soon as possible. He was serving his second combat tour in Afghanistan when he was killed. I will run this mile in honor of this fallen husband and son. 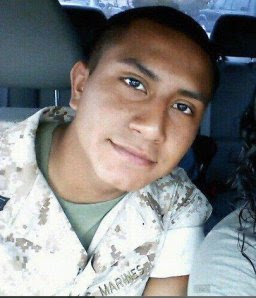 (Photo and summary courtesy of waronterrornews.com.)