It surrounds me. It’s the hum of the ceiling fan, steady and constant. It’s the vibration of the floor, fueled by the washing man in a room on the far side of the house. It’s the sway of the trees outside my window, the branches gently pushed back and forth by an otherwise imperceptible wind.

It is hundreds of mourners praying, the silence broken by the random murmured “amen” and “halleluia.” The seated bodies a contrast to the fevered workings of the hearts and souls. “Take him, Jesus, back to the house you have prepared for him,” the preacher pleaded. “Welcome back your blessed servant.” And the energy of the crowd flowed like a wave to the body still and calm.

Energy is alive and dynamic, bouncing wall to wall and floor to ceiling. It’s the voices stepping over each other to be heard, a cacophony of shrieks and remember-whens and joyful accusations, pointed barbs and witty retorts. Perhaps it’s too much, too loud, but it’s a defiant statement to the universe. There is life in this place and it will not be silenced. And the room remembers, the laughter lingering in the air long after the voices have faded.

Energy is the sunshine leaking through the curtains. Subtle at first, then undeniable. It pulls me to the window, to bathe in the warmth of the morning. And it propels me out into the day, to engage and experience and live.

So I do.
No comments:

Email ThisBlogThis!Share to TwitterShare to FacebookShare to Pinterest
Labels: Poetry

"About That Old Time Religion..."

ag·nos·tic
aɡˈnästik/
noun
__________________
I say this is a not-so-surprising fact in that my public postings here, on Facebook, and on Twitter, have all implied as much.
But I'm sharing it here, now, in absolute and direct terms.
I am agnostic. I believe that we can not know anything with certainty about the existence (or lack thereof) of any higher power.
Can god exist? Sure, that's possible. But "god" can just as likely be an alien from another galaxy who has created everything known to man as his own version of an Ant Farm.
Sound crazy? Not really. We have ZERO physical evidence of any god. He may be the god of the Bible, the god of the ancients, or the god of "just one of a billion intelligent creatures who have their own little Earth creations."

Sure, if pressed, I lean strongly towards atheism. But I can't prove the absence of a higher power any more than I can prove the existence of one, so I have to maintain integrity and admit that there is a possibility - tiny, remote, highly unlikely - that there is a god.
Now, all that said, I have been doing a lot of thinking lately about religion, spirituality, and the connectivity between beliefs and actions. And I have come to a few conclusions, which are interesting to me though not necessarily to anyone else. (Still, it's my blog, so here they are. Read, skim, or scroll as you desire.)

I realize that I have LONG ago moved away from religion. But the rational, empirical, fact-based response was not the reason I gave up religion. That approach came later.
The reason I gave up religion wasn't that I didn't believe. It was my disgust with all of the people who DO believe and yet lived their lives in such a way that their very faith seemed a lie.
What do I mean by that? I'll give a single example.
Preacher Joe is a self-professed man of faith. Yet he lives in a mansion, preaches hate and damnation, and ignores the plight of his fellow man living with poverty, hunger, and homelessness.
This man considers himself an example of the best religion can do, yet his actions show nothing but scorn for what the Bible calls God's greatest creation, the human being.
Nope. If that was religion, I knew early on that I wanted no part of it.
Fast forward to the last thirty years or so, where religion moved squarely into the political process. And more recently, fueled by the instantly accessible audience, the social media machine. Religion isn't about loving each other and caring for the weak amongst us. It's about attacking those who believe differently than you do. It's about creating and maintaining an Us vs. Them mindset. And it's about hypocrites and sinners proclaiming themselves above the judgement of others.
America, the great land built on religious freedom, is now a nation of hate and bigotry. Here's just one example:

We pretend we want "freedom of religion" in the public square, but we don't. We want "freedom of MY religion," and the Christian majority refuses to allow any encroachment on what they have long considered their domain. Here, an example of a Christian deciding that a non-Christian display in the same public space was unacceptable. Or here and here and here and here, multiple examples of minority religions being discriminated against.
And of course, there's the endless demand to allow religion in schools, but only when that religion is Christian. Native American cultures, minority religions, secularism... all are happily pushed aside because some believe that this country is a Christian Nation. We are not. The Constitution guarantees that.
There are countless other examples, but they all share a common trait. Christians do not respect the religious beliefs of others nor do they believe they deserve the same right to exist and be acknowledged in the public arena.
And this, for the few of you who held on through this long blog entry, is at the heart of where I believe Christianity in this nation has failed so miserably. You cannot require someone to share your beliefs. And in this nation, you cannot require them to pretend to do so to participate in the secular business of government.
Long before my scientific mind understood that ancient religion was merely story-telling, my heart understood that the people of this country were wielding religion like a weapon.
And then, as now, I want none of it.

I'm having a tough time right now. Instead of feeling the holiday spirit, I'm feeling the weight of obligations, expectations, and loss.

It's not a good place to me. Each day, the pressure and stress seem to pile on, and soon enough I'll snap.

And that's not good at all.

But I don't need to struggle with this by myself. I have access to professional help and I'd be a fool to not take advantage of that.

This morning, I made an appointment to see a therapist next week. He is the same person I talked with last summer when I was going through a similar difficult time, and I think that seeing him again will help me clear my head.

There is no shame in knowing that you need help and being smart enough to get it.

Email ThisBlogThis!Share to TwitterShare to FacebookShare to Pinterest
Labels: therapy

Words From My Novel

"I can handle you leaving. It's your coming back that hurts."
No comments:

Email ThisBlogThis!Share to TwitterShare to FacebookShare to Pinterest
Labels: Words From My Novel

Hard to believe, but it was ten years ago that I first started blogging at "Falling Into Forty." I wanted to work on all aspects of my life and the blog was the perfect place to capture it all.

Now, I'm looking ahead to my next big milestone - Turning 50!

The first component is the most basic, my health and fitness. I would be very happy to be at my goal weight by my 50th birthday, and that only happens with consistent exercise, healthy eating, and moderation with the treats and alcohol.

I won't be perfect, but I can certainly be better. And today was a great start at the new gym. 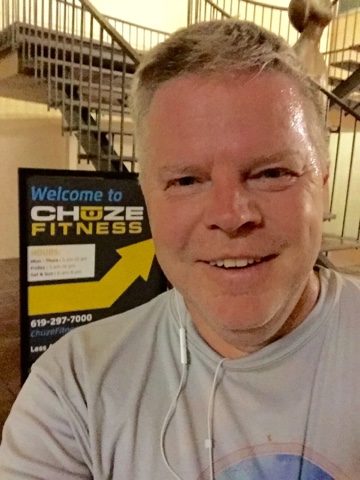 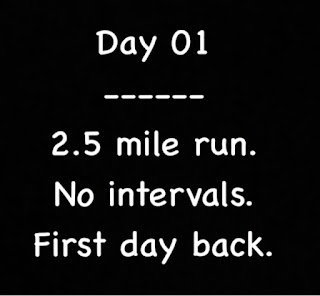 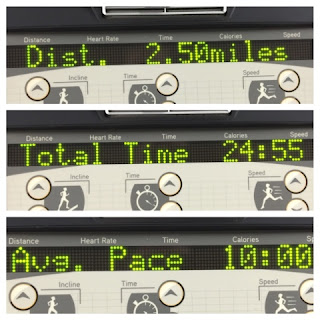 It was a challenge to get out of a warm, comfy bed and get to the gym. I'm glad I did it. But my real challenge today will be to make better nutrition choices.