How To Create A Text Shortcut

If there are things you type repeatedly, like an email address or a set of hashtags, setting up text replacement shortcuts can save you a significant amount of time. And they're easy to set up.
(Note: These instructions are for an Apple iOS device. I'm not familiar with Android products and don't know how to access similar functionality.)
First, choose "Settings" 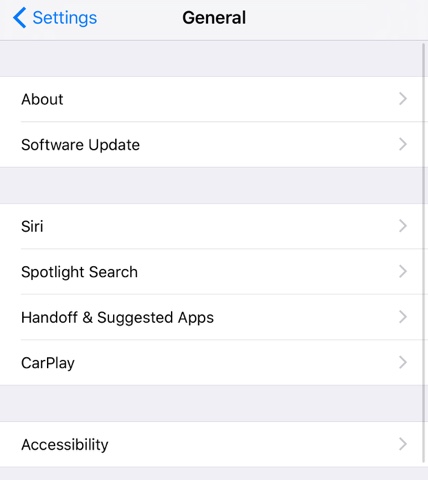 Scroll down to "Keyboard" 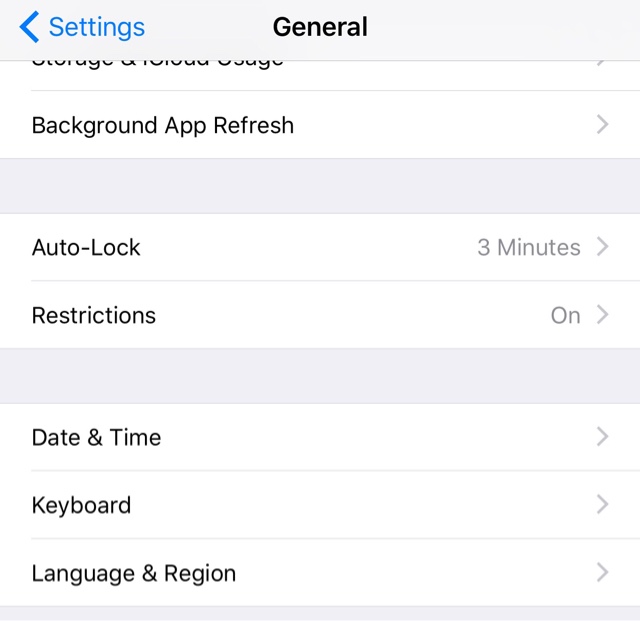 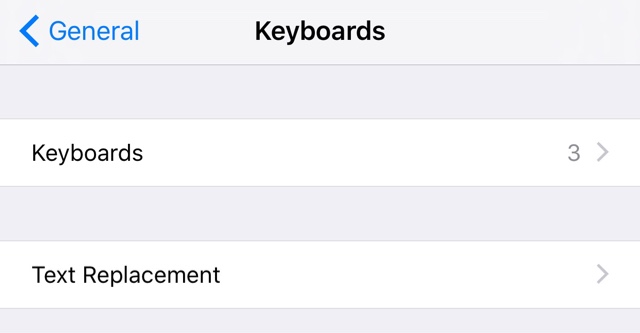 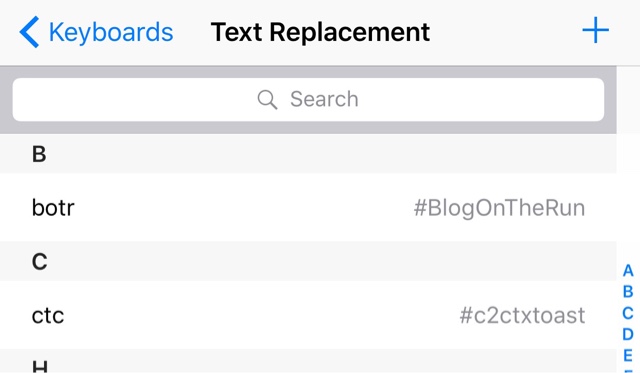 In my example, I wanted to create a shortcut that I could use to quickly add hashtags for a Ragnar Relay race. I added the text in the "Phrase" box and then created a three character shortcut (ras). 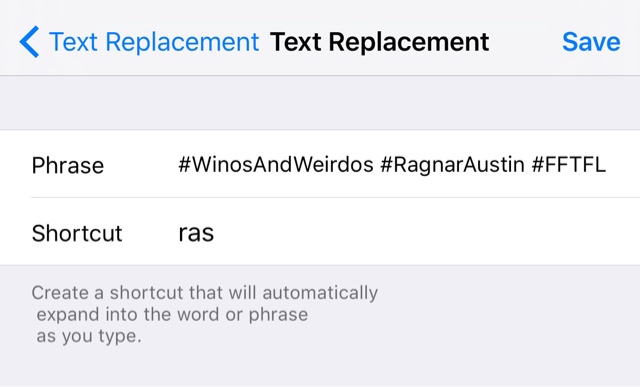 Here it is, in action. 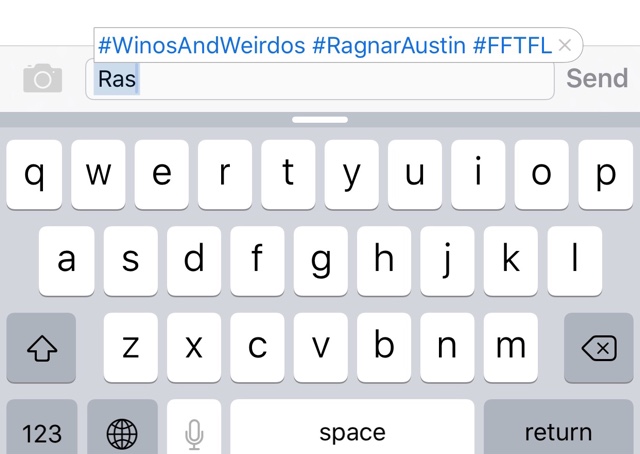 And that's it. It's that simple. Enjoy!
No comments:

"Religious Freedom - What it means and what it doesn’t."

Legislation that claims to defend religious freedom sounds good, until you realize that other people have religious beliefs, too, and they may differ greatly from your own.

Are we okay with a county clerk refusing to issue a marriage license to a divorced woman, claiming that “... anyone who divorces his wife, except for sexual immorality, makes her the victim of adultery, and anyone who marries a divorced woman commits adultery. [Matthew 5:32]”

Are we okay with a clerk refusing to issue a hunting license because harming animals for sport violate her Wiccan beliefs that all life is sacred?

Are we okay with a grocery store checker refusing to sell wine to a customer because doing so would violate her belief as a Mormon that alcohol is sinful?

Are we okay with an employee of the driver’s license bureau refusing to issue a license to a woman? An interracial couple denied a hotel room? A single mother turned away from an apartment complex? Because some religious teachings claim that women should not drive, races should not mix, and out-of-wedlock births are a sin.

It’s easy to hide behind “religious freedom” when the religion in question aligns with yours. It’s only difficult when others seek the same “freedom” to discriminate against you.

This is America. And here, all people are equal in the eyes of the law. That still means something to me. No amount of fear-mongering or bigotry is going to change that.