It's 3am and I'm wide awake in a hotel outside of San Francisco. Soon, I'll be in the team van heading to the start line of Ragnar Napa.
Who's feeling better? This guy. It's amazing what good friends and an upcoming challenge can do for a guy's mood.
No comments:

There's no way to write this blog without just putting the truth out there, so here goes.

The last couple of weeks, I have felt completely and totally out of control. I have felt distanced from friends, been abrupt with co-workers, and responded irrationally to a seemingly unending tide of day-to-day annoyances. I feel like I'm trying to flee from my own skin, I'm so out of sorts. 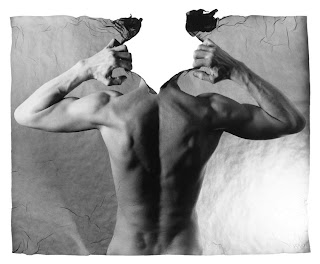 Earlier this week, I found these images created by Czech photographer Michal Macku. They represent perfectly every uncomfortable and angry feeling I'm struggling with right now. The first photo I saw, with the artist literally coming apart at the seams, captured my own desire to shred my connection to everything and just be gone, away, anywhere, even if only for a moment. It's as if shedding my skin would magically transport me to a whole new dimension of peace.

I realize that sounds so melodramatic and desperate, and that's so much farther off the chart than I am really am. But the idea of being able to step outside of my life for a moment definitely has its appeal. 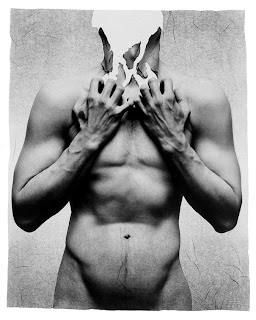 The second photo was much more specific for me. Who hasn't imagined anonymity, the chance to go out into this world and say and do anything without repercussions or blowback? The desire is strong to engage completely anew without consideration of all of the baggage that I carry. I imagine it would be similar to striking up a conversation with a stranger on a plane, where the option to be completely honest (or creatively deceptive) would be without fall-out or consequence.

And the other side of that possibility draws me, too. Imagine having someone speak to you without presuming to know in advance how you will respond. It would be conversation in its purest form, speaking and actually listening.

Ask me what I truly want right now and I would have to answer honestly, I don't know. Is it to be left alone or to be engaged by others? Is it privacy or company?

Again, pretty melodramatic stuff, I know. It's just where my head is right now. I know I will work my way through it, because I always do. But the process takes its toll. Unfortunately for the people in my life who care about me, the process also takes its toll on them, in that they are aware of my shift in behavior and attitude but are powerless to do anything to influence it.

I will continue to do what I always do in these situations. I will go about my daily routine as if I am fine, and ultimately, "acting as if" will become my reality. I just have to keep pushing on.

And so I will.

This is what my Saturdays look like from now through mid-November:

I have nothing scheduled the rest of the year, and I'm thinking I need to keep it that way. Downtime is important and I am way out of balance here. 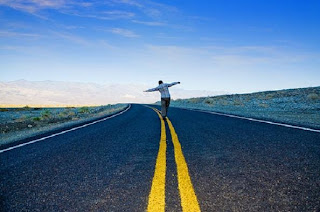 Email ThisBlogThis!Share to TwitterShare to FacebookShare to Pinterest
Labels: schedule

I've been rather quiet this week on the blogging front, but I can't let the day go by without another edition of Fan Boy Friday.

This week, it's my friend, Tammy Rones. Here we are just before we ran the Peace, Love, Run 10K here in San Diego. 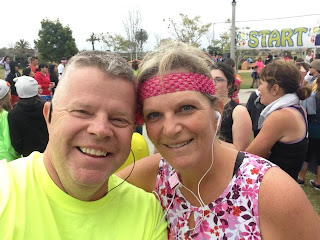 It's tough to describe Tammy and capture all that she is. On one hand, she's a tough-as-nails runner chick who will step up to do any distance, any elevation, any time of the day on a Ragnar Relay race. She's a multi-marathoner who isn't afraid of the long run, and she is an absolute joy to run beside on the long miles. On the other hand, she's a girly-girl who loves bright colors and all things shiny and sparkly. 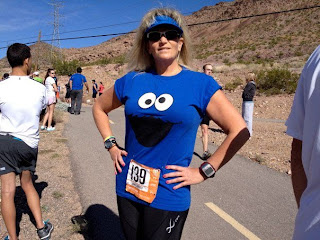 We met through SparkPeople.com, a health and fitness website. We clicked immediately, both of us feeling a passion for running that went way beyond weight loss goals. Over the years, we have crossed paths at countless events, both of us involved with other teams but always happy to see a friend on the course. And one of these days, we will share a team and a van on a Ragnar Relay.

But she's more than a running buddy for me. She is also a sympathetic ear and a strong shoulder. She thought nothing of driving an hour out of her way to be there for me during my Grandfather's Memorial Service at Riverside National Cemetery. As she herself best explained it, "being a friend means more than just being there for the laughs, you know?" I will never be able to explain to her just how much that meant to me, how tough that day was for me.

Tammy is a powerful woman, a beautiful lady, and a true force to be reckoned with. I'm always thankful that she is on my side, and today, I wanted her (and everyone else) to know that I am a fan.

Email ThisBlogThis!Share to TwitterShare to FacebookShare to Pinterest
Labels: fanboyfriday

August In The Rear View Mirror

I went into August with the best of intentions. It was going to be a perfect month, helping me refocus on my health and fitness goals.

Overall, I'm calling it a Win! Cheers to that! 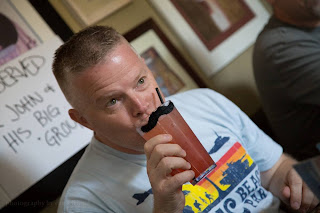 Next up, September. I'm running the Aloha Run 5k, the Ragnar Relay in Napa, California and the Boot Camp Challenge at MCRD.

Sixteen Miles? Yeah, I Got This.

This is what was on my schedule: 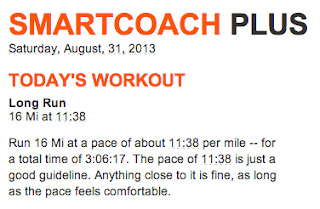 This is what I ran:

And this is how I looked immediately afterwards: 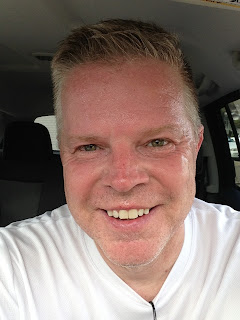 Now, let's talk about how it all went down. Because it wasn't all pretty.

I knew the day was going to be a scorcher, so I made it a point to be out of the house and running before 6:30am. I expected the heat but I wasn't ready for the humidity. I mean, it's San Diego, and we just aren't used to weather like this.

The first five miles felt great. I could feel myself wanting to push faster, but after last week's run, I knew better. I chose to stay near my training pace and speed up at the end if I still had the energy.

The next five were tougher, mostly because of the heat. I was not hydrated enough and I wasn't carrying enough water. I know, rookie mistake. And by mile 8, I was in trouble mentally. I started thinking of a hundred reasons why I should stop.


It was one excuse after another, all "proof" that I needed to stop. And I almost did. Seriously, I nearly stopped short and quit. But then I realized, my body was not the problem. I was hot and thirsty, sure, but that wasn't my problem. It was mental. I was bored. I wanted to be done with my long run.

As soon as I realized what was happening, I was able to adjust. I started thinking about September, my running plans for the whole month, the marathon coming up in October, etc. I kicked around ideas for my Super Hero costume for Ragnar Napa, too. And it wasn't really about fixing anything or making any decisions. It was just about engaging my mind while my body ran the miles.

And it worked. I got myself through my half marathon distance and knew that I would be able to hang on and get my sixteen miles in.

Mile fourteen nearly did me in, though. By this point, I was way overheated and in need of a long water break. I did a quick water bottle refill and then decided to walk and try to cool down. A quarter mile later, I felt like I was as ready as I was ever going to be. I kicked it back into high gear and got through the rest of the run.

I'm proud of this run. Yes, I walked a quarter mile. So what? I am confident that if I had not taken the extended water break, I would not have been able to get through miles fifteen and sixteen. So it was a good decision that kept me from becoming a heat casualty.

I'm proud of this run because it was a clear mental victory. I realized that I was sabotaging my own success and I took control of my thoughts. Instead of reacting, I chose to consciously think my way through the moment.

If running truly is a metaphor for life, this long run was a moment of clarity. I can choose to quit or I can choose to go after what I want, but I can't do both at the same time.

And I have to say, getting what I want feels pretty damn good.
No comments: