Action 340 - Honor Heroes (Mile 15). I will run mile fifteen in honor of Sgt Ian Tawney. This Marine was killed while on his fifth combat deployment. He was recognized for valiant service for his part in the rescue of another Marine.

Tawney, a squad leader who served just a few weeks in Afghanistan, was awarded the Achievement Medal posthumously for his leadership, especially for his actions leading a team on a mission to rescue another Marine.

I will run this mile in honor of this fallen warrior, husband and father. 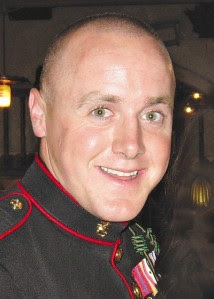