Action 366 - Honor Heroes (Mile 17). I will run mile seventeen in honor of Cpl Lucas Pyeatt. He was a linguist assigned to 2nd Radio Battalion, a signals intelligence unit I was fortunate enough to have served with for a short time years ago.

The parents of Marine Corps Sgt. Lucas T. Pyeatt of West Chester were presented Wednesday with the National Intelligence Medal for Valor on behalf of their son, who was killed while leading his patrol in Afghanistan. 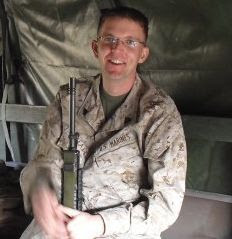