The 25-year-old Big Bear High School graduate completed flight school near the top of his class, meaning he could have flown any aircraft he wanted. Rather than fly jets, he chose helicopters.

Landaker was killed Feb. 14 when a CH-46 Sea Knight helicopter was hit by insurgents and crashed in Iraq’s Anbar province, killing all seven aboard.

“What he was doing everyday was waiting for a buzzer to go off to go save a Marine’s life. He ended up dying doing that,” said longtime friend 1st Lt. Matt Jackson, 27, of Orange who flies helicopters for the Army. 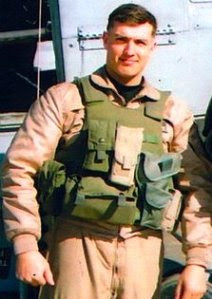