I've been thinking a lot lately about the term "significant." Specifically, I've been kicking around an answer to this question:

Is a twenty-five pound loss significant? Fifteen? Ten, even? Where does significant become insignificant? At what point does the lost weight mean nothing?

For some people, it may take a hundred pounds or more before they feel that their life has truly changed. For others, though, it may only take five pounds. Sure, they might have more they still want to lose, but they have already begun to feel like a new person in their own skin.

For myself, it was a twenty-something pound weight loss that first put me under 200 pounds. That was enough for me to feel like I had changed my life, adopted a new attitude and developed new habits. It was enough that I felt confident signing up for events, working out and running at the gym, and talking about my journey with other people.

So, for those who wonder if their own weight loss qualifies as "significant," I would only ask them this:

Do you feel that you have changed your life? Are you in a different place mentally now than you were before you lost the weight?

If the answers are yes, then absolutely, the weight loss is significant. And don't let anything tell you different... not even your scale. 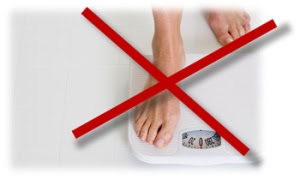