There's a time to talk and a time for action. I've been talking about running the Hollywood Half Marathon for months now, but today, it was time to get after it.

Action 292 - Hit The Red Carpet. It was a Hollywood event, after all. And the setup was pretty sweet. Before the event, we wandered up a red carpet of sorts through the center of Universal Studios' City Walk. Since Jerry and I arrived so early, we had plenty of time to scope it all out before we started running. 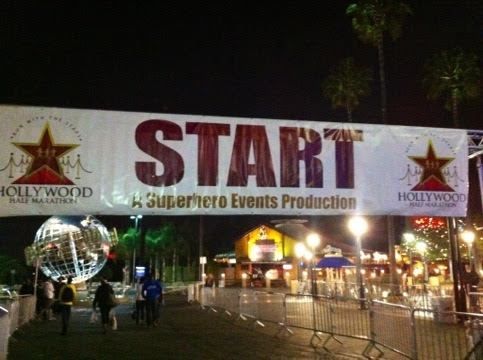 Here we are in front of the Universal Studios Globe 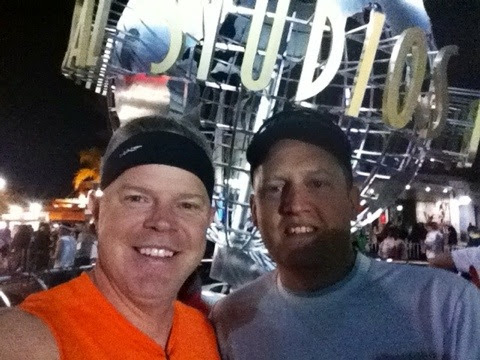 And we are with 7500 of our closest friends, ready to get the event started 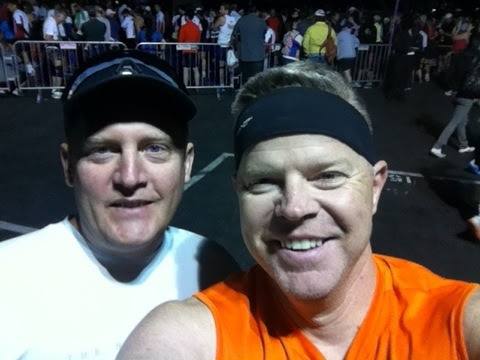 We came, we walked, we soaked up the pre-event schmoozing. It may not have been the Oscars, but it felt pretty Hollywood Red Carpet, just the same.

Email ThisBlogThis!Share to TwitterShare to FacebookShare to Pinterest
Labels: Hollywood Half Marathon, Physical, Project One Five