Earlier today, I posted a link on Facebook to my fundraising page for the Semper Fi Fund. And already, several of my friends have been kind enough to donate. But I still have a long way to go if I am going to raise $1,775 before May 20th.

Imagine my surprise, then, when I got a phone call from a friend that I just met for the first time last year. He said that he saw my post about raising money and wanted to make a donation. He explained that his Father was in the Marine Corps in 1960, served honorably, and still considered himself a proud Marine when he passed away this past December. I'll share more about this Marine later, but the phone call did get me thinking about Marines that have come before me.

Action 288 - Honor The Past. There are many ways to do that. The best way, of course, is to remember the Marines who served this nation and this Corps over the last 200+ years. There are untold stories of bravery and honor, courage and sacrifice. For every brave tale told, there are so many others known only to those who were involved in the moments of battle. For every hero honored, there are so many more whose service is woefully absent from the pages of history.

Whether heralded or unsung, the heroes of the Marine Corps have set a standard that is, unbelievably, met and even exceeded by each new generation of warriors. The past has laid a foundation that each new cycle of Marines builds upon. And each of us, a single link in a great chain, has played our own part in ensuring that the Brotherhood of Marines continues its legacy of greatness.

Honor the past? It's a debt we owe and should pay willingly. 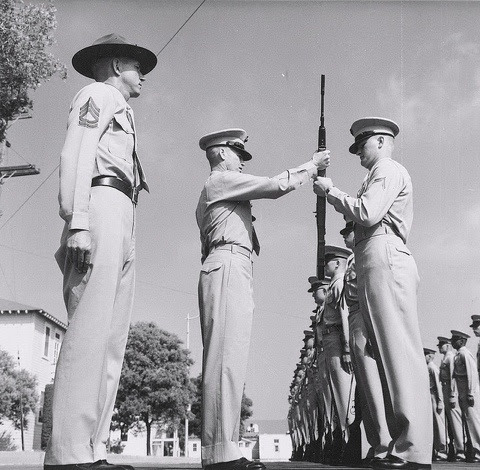