Action 298 - Honor Heroes (Mile 11). I will run mile eleven in honor of SSgt Joseph D’Augustine. He served in an explosive ordnance disposal unit and was killed just two weeks before he was due to return home to attend his sister's wedding. I will run this mile to honor this fallen Marine Corps Brother. 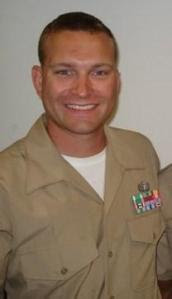