After the fourth race, we had nearly an hour and a half to sit around and wait before we could run our last 5K. And the waiting was nice, but having to run afterwards was tough. The body starts to cramp up and cool down. But we were running the Carlsbad All Day 25K, so there was only one option.

Action 266 - Get Five The Hard Way. We were off and running, and I did not have high expectations. I thought as long as we finished, we were fine. No way we were going to be able to come in under 30 minutes. 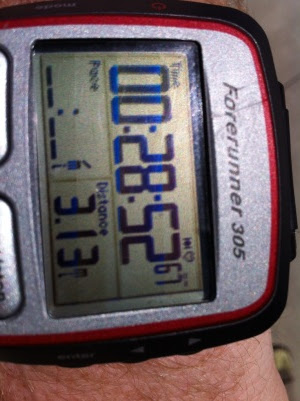 All five races under 30 minutes. Because we're cool like that!