Action 227 - Honor Heroes (Mile 6). I will run mile six in honor of SSgt Jerome Bell, Jr. He is remembered as a devoted husband, father, brother and son. I will run for this Marine out of respect for his own outstanding service and devotion, evidenced by his return to active duty to return to the fight. 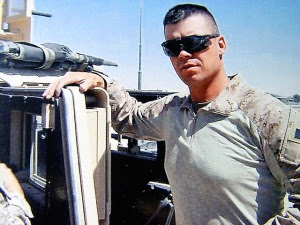