Had a good run today at Balboa Park. Did a loop around the park and up through Hillcrest. And the best part? I ran new trails that I didn't know existed and got a chance to get to know three new people.

Action 222 - Play Well With Others. The Front Runners group today was bigger than Wednesday's gathering, and it was also a more organized start. There were official group activities - birthdays, updates, upcoming group events, recognizing new members and first time visitors. It felt much more welcoming to me as someone new to the group.

Towards the end of our group stretching, we went around the circle and each person said their name and announced what course/distance they would be running. That way, everyone would know who else was planning to run that course and pace and they could partner up accordingly.

I ran with two ladies, Alice and Tiffany. And then, along our way, we picked up another woman name Ina, and she was out on her own for a run but didn't really know her way around town since she was from Nebraska.

We had a great run, Tiffany led us through new trails that were unknown to me, and ended up running about 4.5 miles in 45 minutes. It was the right pace for me today and I really enjoyed it.

Running with others was a new thing for me, but I like it. Heck, I've even decided to join the group. 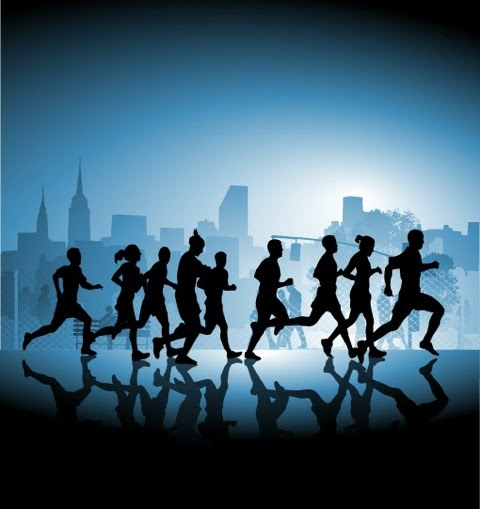