Action 188 - Honor Heroes (Mile 3). I will run mile three in honor of 1st Lt. Michael Johnson. He is remembered as the latest link in a family of Marine veterans, a proud husband, and a man most comfortable in the great outdoors. I will run as a tribute to a fallen Marine Corps Brother. 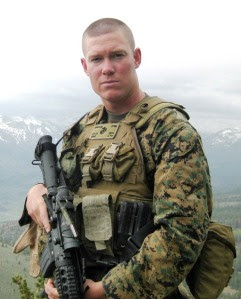