I own a lot of music. I mean, I own tens of thousands of songs. I've ripped all of it and finally uploaded it to my iTunes account, but it's a lot of music. And one thing I found is that I have many, many albums that I have never really played. Oh, sure, I have played a song or two, but the whole album? Nope. At least not often enough to recognize the tracks by title alone.

Action 223 - Spin It Again. Rather than purchase any new music for a while, I'm going to revisit some of my earlier music. I'll pick an album and put it on repeat for a while and really give it a listen. With all the music I own and don't know, I can be at this for a very long time.

First up last night was Fleetwood Mac's Behind The Mask. I was familiar with the lead single, Save Me, but I couldn't have hummed another track if I was paid to do it. Turns out, the whole CD is pretty fantastic. I've owned it for twenty-two years and I'm just now hearing some of the songs. That's just sad. 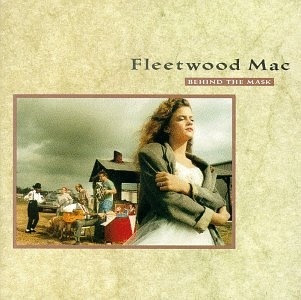 Here's Save Me. Enjoy.