Friday was an unbelievably amazing day. I have never felt like more of a runner in my life. 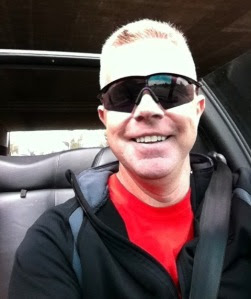 My day started with the drive from San Diego to the Santa Anita Race Track. It was overcast but still warm enough, so I took the top off of the borrowed convertible. (And the lesson I learned? It is entirely possible to get sunburned while driving around under an overcast sky. Sunscreen is your friend, people.)

The drive was a great chance to calm my mind. I even had the radio turned off most of the way, so I could drive without distractions. I spent the time thinking about the marathon, the miles to run, and all the things that had brought me to this moment. 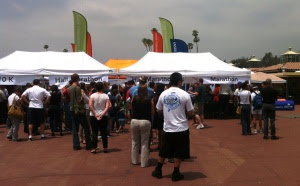 I managed to get up through Los Angeles traffic quickly and made it to the Expo just after noon. There were already a lot of runners in line, though there were far fewer waiting to check in for the full marathon. I got in line and found out that, since I was a VIP, my bib and runner packet were elsewhere. They were very apologetic, but it was going to be a little while before my stuff was ready for pickup.

Wait. What? Me, a VIP? Yup. I credit my Marine Corps connection with the Race Director, but it was still pretty cool. While I waited for the VIP folks to get all the stuff together, I wandered over and helped some of the volunteers sorting out bibs. (Hey, it's true. ALL volunteers are VIPs!) 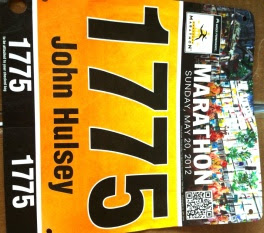 And then, just like that, there it was. My bib for the marathon. And it was every bit as amazing as I thought it would be.

I can't really explain my response to finally  holding it in my hand. I'm running with the number 1775. It's a tangible reminder of the reasons I am running - the Fallen Marine heroes that will carry me through each mile and the Injured Marine Semper Fi Fund that is now more than $2,000 stronger.

On Friday, I enjoyed what it felt like to a VIP at a large running event. And I also was reminded what true VIPs are.