Action 450 - Honor Heroes (Mile 24). I will run mile twenty-four in honor of Sgt. John Huling. He enlisted in the Marine Corps in 2006. He deployed to Iraq in 2007 and was on his second combat deployment. He was an explosive ordinance disposal technician, assigned to the 7th Engineer Support Battalion, 1st Marine Logistics Group at Camp Pendleton in California.

I will run this mile in honor of this fallen Marine warrior, dedicated husband, son and brother. Semper Fi, Sergeant. 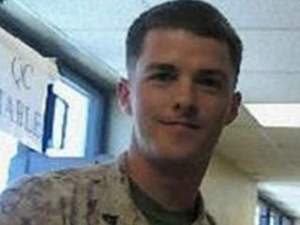