We started the weekend early, heading out to Bacchus House on Thursday night for drinks. It wasn't a wild night... more a relaxing evening, a few drinks and a few laughs.
Friday we headed up to Hollywood. Traffic was minimal, the weather was nice, and my little car was flying at nearly 100mph. Whoo hoo! We wandered around West Hollywood for a while, did a little shopping, then dropped Grant and the car off at the hotel and headed out to the Eagle in Silverlake. The rest of the night was a blur - the Faultline was in there at some point - but it was all fun.
Saturday we slept in, then gave Ric his birthday wish and had breakfast at IHOP. Yum! We met up with our friend AJ (more on our afternoon later!), then were joined by our friend, JW. We checked out another club - blah - then headed back to the Eagle. Lots and lots of fun there. 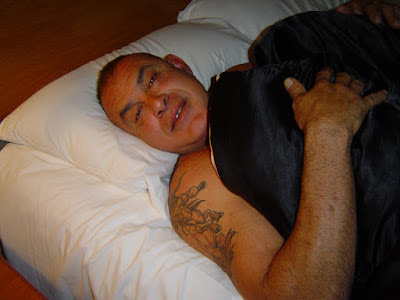 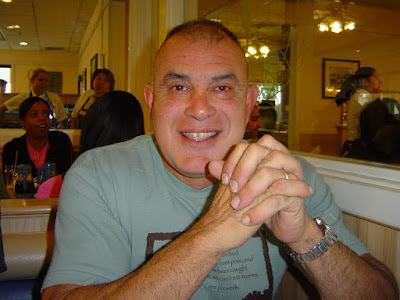 Sunday we were up and on the road fairly early, getting back to San Diego early afternoon. We napped for a while, then headed to Urban Mo's for Ric's favorite meal - a burger, meaty mushroom, rare, avocado, on a bun. 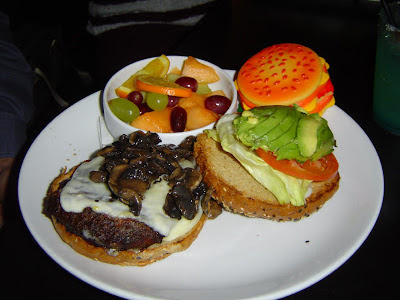 It was a nice time, lots of laughs and drama-free. In fact, we think it was the perfect way to welcome in a new year for Ric! 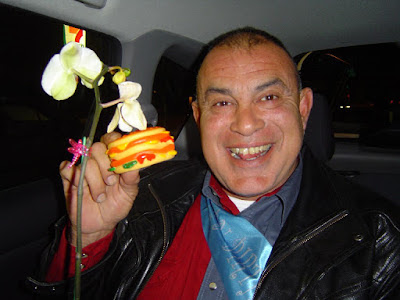