Alright, folks, here is your race report. Be ready for some long reading, because this post has it all.

First, a little background. I've never run a half marathon before. I've run 5Ks and 10Ks, and I've even run an eight-mile obstacle race. But a half marathon? Nope. And 13.1 miles can seem pretty intimidating. But I knew it was the next step in my development as a runner, so it was only a matter of time. That time was today.

The event was the Safari Park Half Marathon at the Wild Animal Park in San Diego. The course went out the front of the park, around a few miles, back through the park, around another few miles, then finished inside the park. When I signed up, the course indicated only one big hill. But thanks to mudslides and a washed out road, the modified route included two big hills and a lot more inclines. 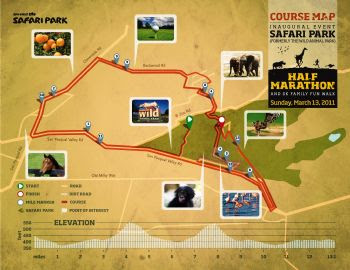 It was the first time for this event, so I expected a logistical nightmare. It started at 7am, so me being the over-achiever, I left my house at 4:30am. Traffic was light and the signage was screwed up at the park, so I ended up driving the wrong route in. They sent me around a weird way to get to parking, which ended up much better for me.

Here's the start line... and that is my green jeep immediately to the right. 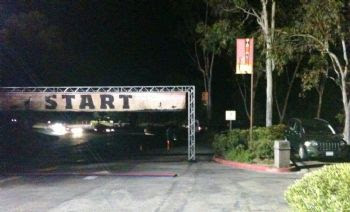 The best part about parking there? No need for gear check and I got to sit in my heated car and wait for the race to start.

Here I am taking a quick pic of me with the start line. While I had time to kill, I decided to wander up to the check-in area and see what was going on. Anyone else surprised at the difference in the lines for the men's and women's rooms? 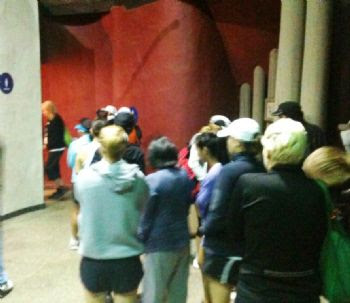 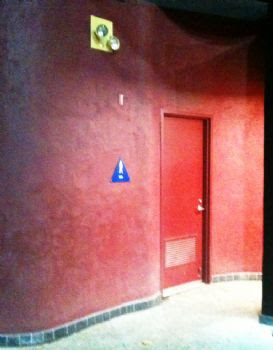 Heading back to my car, I noticed this sign. Perhaps next year a "Race For Literacy" is in order. 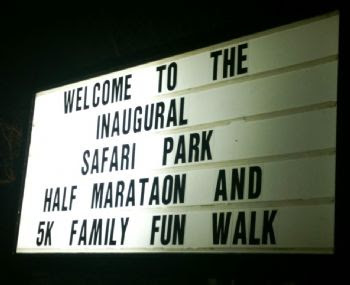 My best friend and long-suffering running buddy, Jerry, was on hand to make sure I got through the run. 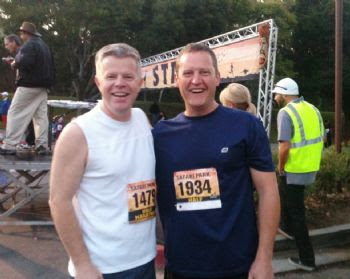 And thank you my friends, Andrea, Gwen and Christine, who were also there to cheer us on. It was great to have a little personal cheering section ready to go!

Now, the race report. Just a couple of borrowed photos from others here, because I was focused on running. Jerry had his Garmin Forerunner watch, so it was up to him to watch our pace.

We started on a bit of a downhill, so we felt strong and fast right from the beginning. The weather was cool but not cold, no wind, and just enough cloud cover to keep it pleasant. 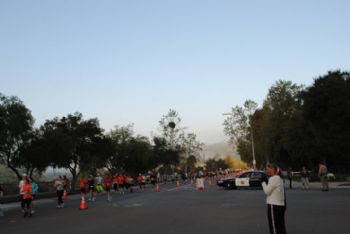 The first couple of miles felt great, even with the inclines. But the hill up to the 4th mile was wicked. (I thought it was just me, but experienced runners are now describing the entire run as "hilltastic.")

After mile 4, we made our way into the park. It wasn't a long stretch, but it was nice to see some of the animals and hear the roar of the way supportive crowd. After mile 5, it was back out of the park and onto the highway again. A quick turn-around and we were back through the park, retracing our path through the crowds and by the animals. Mile 8 was back on the highway and running back over the earlier miles. (Yep, there was a lot of doublebacks.) We didn't hit the inside of the park again until after mile 12, and the last bit of the run was smack in the heart of the park.

There were so many highlights. First, of course, were the fantastic voice mails everyone left for me. They kept popping up in my iPod shuffle, and each time, they made me smile and laugh and feel totally recharged. I asked for help and my Spark Buddies showered it on me. There are no words to explain how motivating you all were for me while I ran.

Several of you gave me the same advice: "Don't get so focused on the ground below you that you miss the wonder of the race itself. See what is all around you and remember every moment."

So I did. I saw the mist across the hills of Escondido. I saw the smiles on the faces of the amazing volunteers and spectators. I heard the cowbells and the applause and cheers. I laughed at the other runners in costumes and I whooped and celebrated every single mile marker.

And when I came into the park for the last stretch, I looked to my left and saw the rhinos watching me back. It was surreal, running through the Wild Animal Park with these amazing creatures all around us. It was a fantastic location for my first half marathon. 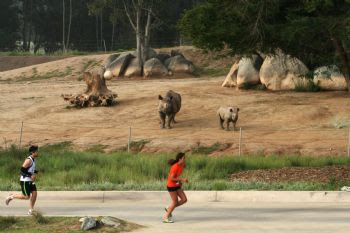 My finish line moment was great, right out of a movie. As I crossed, I lifted both of my arms and shouted, "yes! yes! yes!" But my real emotional moment came back earlier in the race. At mile 11, it hit me. I was going to finish. Until that moment, I had been carrying a fear deep in my mind that I wasn't going to do it. Something was going to happen. I was going to be too slow and get swept, or hurt myself while running, or worse, just not have the speed and endurance to make it all the way.

I had been holding on to old fears and feelings of inadequacy. Until that very moment, I hadn't truly believed I could do it. But I crossed the mile marker and instantly, the tears came. I was smiling and crying at the same time, more than a little surprised by the flood of emotion I was experiencing. I tried to explain to Jerry, and I think he understood. He said, "John, I knew from mile 5 that I was going to be just fine, and I knew from the start that you were going to finish."

Yep, that's why he's my best friend. He sees the best in me even when I don't. And here we are, after the race, all smiles and happiness and finisher's medals. 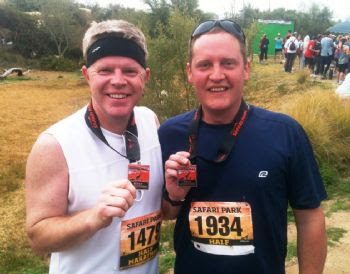 Before I left the park, Jerry reminded me that I had one more thing I needed to do. I have earned the title "half marathoner" and I want the world to know. Now, at least, anyone following me on the highway will know. 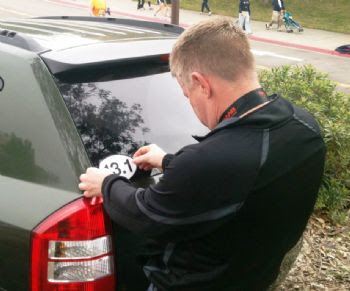 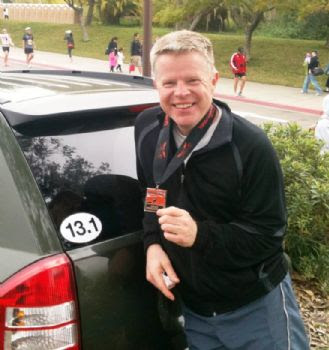 And now, the results. Even with all the inclines and the two serious hills, we were able to maintain a steady pace and finish with a respectable 2:09:48. My goal was to finish, and we did. But the strong time for me absolutely made this day even greater. 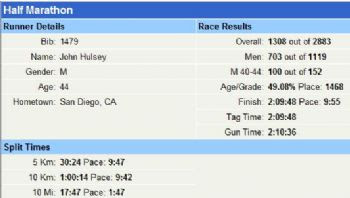 If you think a half marathon is out of your reach, perhaps you are setting your sights too low. Because a year ago, I couldn't imagine doing what I did today. Heck, a year ago, running a 5K was more than I could do. But I have worked and trained and kept myself focused, and I have gone from the guy on the left to the guy on the right. 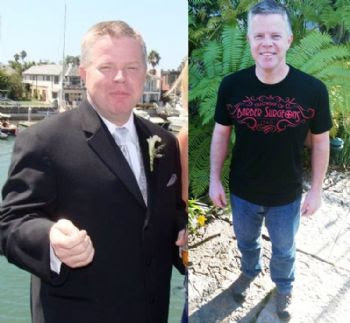 And today, I proved that I am capable. I am strong. I am a runner. And I am truly just beginning.