It just takes one

Why is it that a single negative statement means more to me than a night full of compliments? Am I so fragile that anyone with a comment can wreck me?

In the midst of the non-stop dancing and fun last night, a friend leaned over to me, started to grab the bottom of my shirt, and said, “oh, this shirt has to go.” Caught up in the moment, feeling buoyed by the night’s seemingly endless compliments, I thought, “why not?”

As I was raising the shirt above my head, taking it off, another friend sitting on the edge of the dance floor said, “oh, you don’t want to do that, John.” Not sure I heard right, I asked what he had said. He repeated himself, adding, “oh, honey, you’re not ready for all that.”

I said, “I can’t believe you just said that to me.” His attempt at recovery? He said, “I just mean that we’re too old to be doing that.” 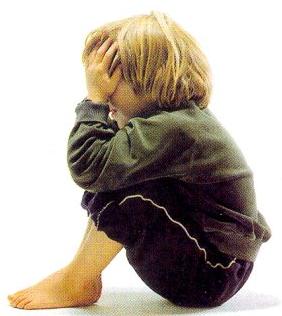 I walked away from him and returned to the dance floor, but everything felt different. I was so conscious of how I looked, insecure, feeling like the fat guy I used to be. A few minutes later I put my shirt back and sat on the rail on the other side of the dance floor. We stayed a bit longer, but I was done. I wanted to be anywhere but there.

I don’t know what he was thinking when he said that. I know he is generally a nice, sweet, caring person. I know he didn’t say it to be mean. But it hurt. And I let it.

I have had this conversation with Ric many times. But he is usually on the other side, and I am the one asking him why one person can have so much more power over him than even I can. Twenty people in an evening compliment him on how he looks, but one drunken idiot at a bar calls him old or fat and Ric chooses to believe him.

Now, it’s me in that situation. And I hate it. I hate that I let someone else pull me down. Before, I was happily lost in the music, dancing around and wanting to laugh out loud, my mood was so great. I was happy watching my friends dance and laugh, and I felt proud that I had made it all happen. And then, just like that, I felt like I crashed.

I need to spend more time sorting this out. I’m a strong person, proud of my accomplishments and confident in myself. So how can one comment change all of that in a moment?