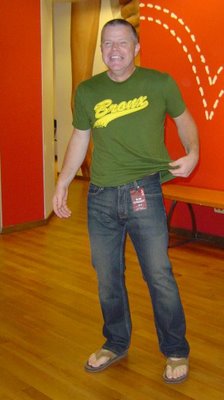 Yep, the title says it all. Those are three things I never thought would describe anything about me, but I was wrong. Way wrong.

I wore my new 501 jeans to work again today, only to be told by several people that the pants were still too big. It's flattering to hear that, but I thought wearing 34" pants right now was good enough. Apparently, not even close.

So, after work, my friends Suzie and Brandy took me clothes shopping. Our goal was to find me a pair of low-riser jeans. Personally, I didn't think it was going to work out. Again, I was wrong.

After trying on several pairs of jeans that were at least $175 each, I was starting to give up hope. They each fit well enough on the hips, but the waist was too big on some and the length was too long on all of them. And then we headed to the Levi store. Things there were much better, indeed.

The salesclerk gave me the 514 jeans, and I tried on the size 33" waist. I thought they fit, but Suzie and Brandy insisted I try the smaller pair. I did, and I was surprised to find that they fit even better. They were both so encouraging and so sweet. They know I still feel like I am 30+ pounds heavier and much bigger, so they say all the right things to get me to try on clothes that actually fit. 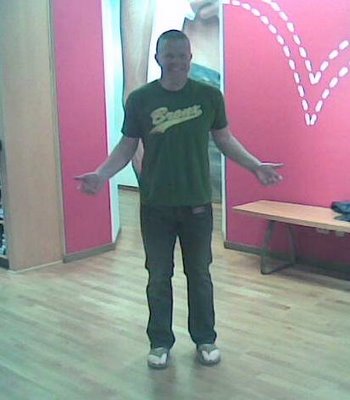 So, I bought my first pair of jeans that are labeled "Straight, Slim, Thirty Two." Wow. It felt so good to buy the smaller jeans that I added a cool new shirt, too.

I am now set for dancing tomorrow night! 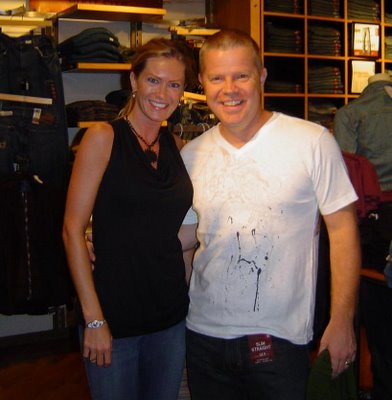