Ah, the joy of home ownership. Nothing makes you feel quite so proud or quite so frustrated.

Our most recent adventure started innocently enough. A houseguest was using the shower on Saturday morning, and the water spout came off in their hand. It had been a bit rigged, anyway, so it was only a matter of time before it had to be fixed. Clearly, the time had come.

Ric shut the water off to the house and dashed off to Home Depot. He needed to fix it just enough to keep the water from spraying all over the bathroom. A couple of hours later and the work was done. Crisis delayed, water turned back on, and we were good to go for the party.

With a house full of company and weekend activities planned, the full repairs had to wait. We figured it would be no big deal, since we all shower at the gym everyday, anyway.

Ric knows what he is doing, but every now and again crazy things happen. And yesterday was the day. Ric is working with the welding torch to finish the piping connections. He smells smoke, but assumes it is from the repair work. Nope. Turns out, the flame has caught the wood framing and now our house is on fire. The flames were dancing around on the 2x4 studs in the wall, and Ric had a terrible time trying to get back to them to put the fire out. 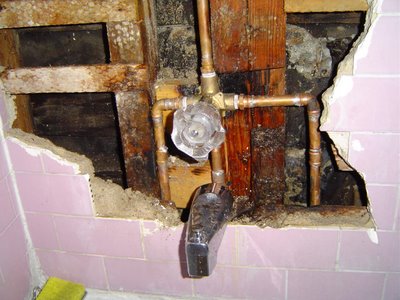 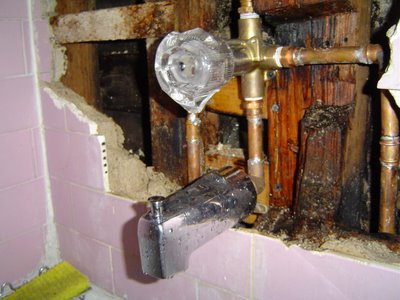 After much drama and excitement, the fire was out. Ric finished the plumbing and got the shower to work. Now, we have to replace the tile work on the wall and, more importantly, find some way to get the “burned down house” smell out of our bathroom. 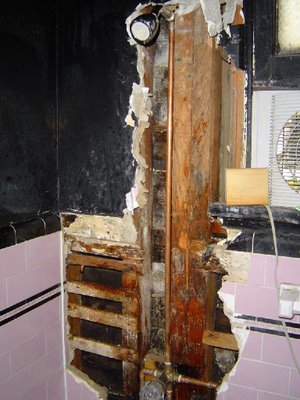