More on the Homecoming

It's difficult to describe being part of the homecoming on Saturday. I believe there were more than 300 Marines that returned from Iraq that night, so the waiting area was full of family and friends. We all chatted and tried to pass the time, but every moment seemed like an eternity.

Then, a few at a time, the Marines entered into the barracks courtyard. Each time another Marine was spotted, the crowd erupted into cheers. And someone - most often his mother, wife or girlfriend - would dash from where she was standing and run to meet him. It was incredibly emotional, even when we didn't know the people involved. All that mattered was a young Marine had returned home from war and was back in the arms of those who loved him. 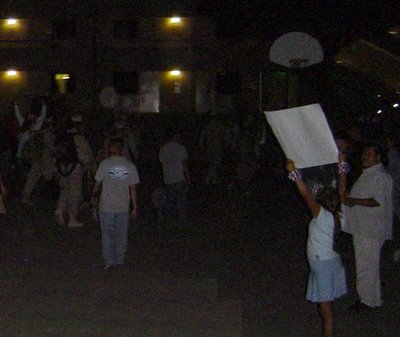 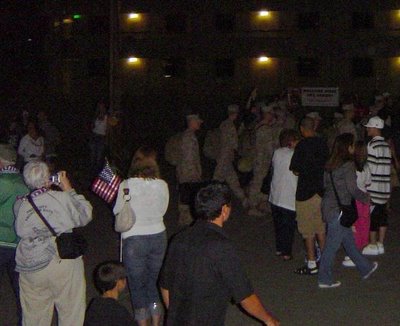 Later, after the cheers and hugs, the Marines still had to deal with the business of returning to base. They had to get key cards for their rooms and drag all of their gear up before they could leave. 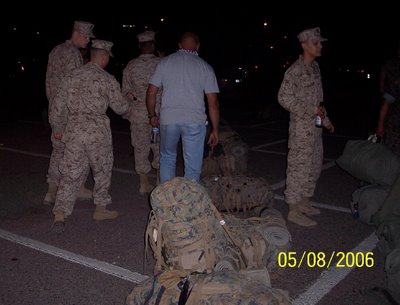 Finally, late in the evening, the Marines were able to leave. They were all given a "96," which is a military term for 4 days off (4 x 24 hours = 96). For this unit, Third Battalion Fifth Marines, they do not have to return to the base until Thursday.

As for our two Marines, Jon and AJ... they are enjoying their liberty, too. Yesterday we all gathered at our house for a barbeque, and we did what Marines do when they are home from war - ate too much, drank too much, and laughed... a lot. It was our chance to say to both of them, Jon and AJ, that we are so proud of them and that we love them so much.