I must be the last person in the western world to discover the song "Hips Don't Lie" by Shakira. I know it has been all over the radio for a while now, but it somehow slipped by me. (Probably because I have not been out to clubs for a while and I never listen to pop radio.)

Anyway, the video came on the other day on Yahoo music, and now I can't stop playing it. It's some sort of hypnotic trance-inducing song, and I must have played it 50 times already. How I could have been so far behind the curve on this one is a mystery to me. I mean, most people are SICK of this song by now. 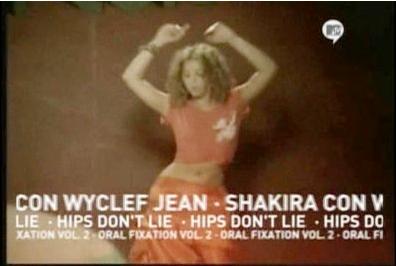 There have been other songs that hook me like this. Some songs always sound good to me, no matter when I hear them.

I know there are others, but it's hard to think of other music with Shakira singing and dancing around in the video in the upper right corner of my monitor.