I woke up early and headed out for a run. But with only 5 hours of sleep, there was not much run in me. I ended up walking 3.5 miles up to Diamond Head lighthouse and back. When I returned, Ric was already awake. Feeling brave, we decided to try the hotel restaurant for breakfast. It was good but not too fancy, and it was one of the few places without a line on a Sunday morning.

Afterwards, we grabbed our gear and headed to the beach. We found the gay beach, appropriately named "Queen's Surf Beach," and played in the water for a bit before lounging in the grass for a nap. What a great way to spend a lazy day. 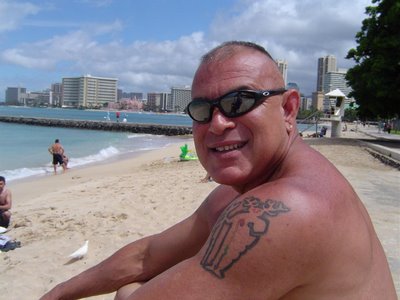 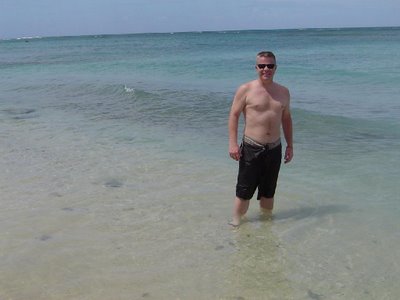 Ric and I, enjoying the beach 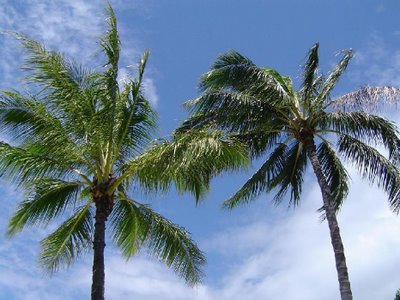 This was my view as I drifted off to sleep on the beach. Nice, huh?

Our buddy Kurt caught up with us again, and we hopped back in the jeep for a drive to the nude beach. Not so lucky finding that, but it was still a nice outing. Another hour or so and we were all done with the beach - too much sun for Ric and I already - so we decided to drive to the Windward side of the island. We stopped first at the Pali Lookout, and the view was just as incredible as I remembered. 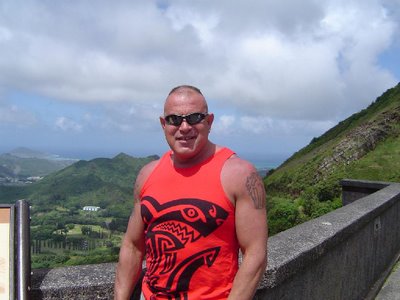 Next we drove down to the Marine Base on Kaneohe. We were unable to get on the base itself, but we were able to stop and see the War Memorial. The replica of the Iwo Jima monument is incredible, and the entire memorial took my breath away. They even have photos burned into the granite walls, depicting the first flag-raising at Mt. Suribachi, the exchanging of the flags, and the second more famous image. 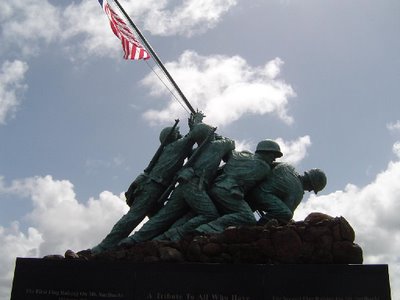 The Memorial on Marine Base Kaneohe

Afterwards, we joined the folks from the Saturday barbeque at Hula's for drinks, then called it a night. Have to get an early night sleep before diving Monday!

Email ThisBlogThis!Share to TwitterShare to FacebookShare to Pinterest
Labels: Travel