Up early again for our last day of diving. Our dive plan was to go down to the Corsair again, but when we got there we found that the current was way too strong. Our divemaster couldn't even get down to grab the mooring line, so there was no way we were going to be able to descend 100 feet and enjoy a dive. We headed over to an alternate spot, though. Our first dive was at Hawaii Loa, where the current was at least manageable. The visibility was not as great as we had earlier in the week, but it was still beautiful.

Our second dive was Angler's Reef, which was a long running reef wall with lots of life. Because both dives were relatively shallow - 40 feet or so - we were able to enjoy extended bottom time. Between the two dives, I was underwater for over an hour. It was a great way to end an incredible week of diving. 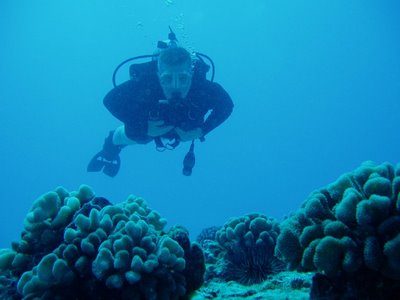 Shameless plug time - if you are heading to Oahu for vacation, and you want to dive, Ric and I recommend that you dive with Aquazone (www.aquazone.net). They were our hosts and guides all week, and they made everyday a great time. Scott and Jason alternate as boat captains and divemasters, and Melissa is the deck hand. Christa and Jenn also joined us as divemasters, and Lindsay was the contact at the shop. To all of the Aquazone staff, Ric and I say MAHALO! You made our vacation a week to remember! 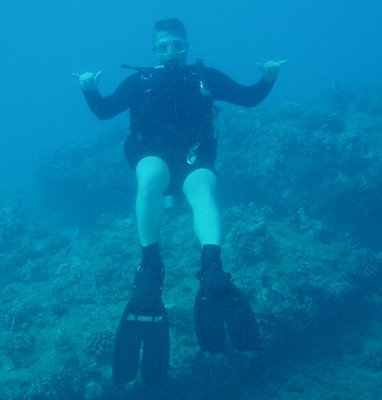 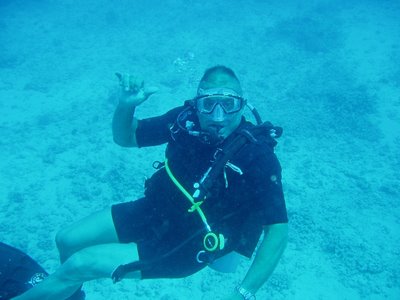 Done with diving, Ric and I decided it was time to head back to Hula's Bar & Lei Stand. Many of the people we had met during the week showed up, so it was like walking into a room full of friends instead of strangers. 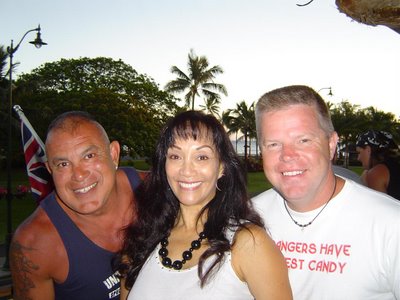 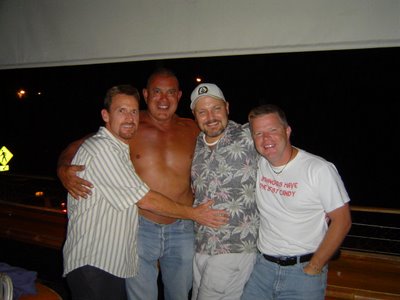